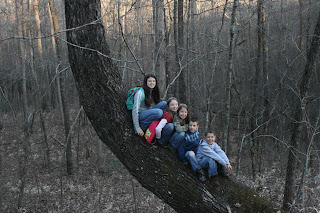 The next day the Director of Spiritual Formation wrote about us on his blog
The Thursday Circle.  He titled it "In Favor of Life". It really meant a lot to us that he featured us in his blog and supported and promoted adoption.

In other news, Aaron has rerecorded some of the songs that were on the CD that helped raise funds to bring Andrew home.  He also recorded a few new songs as well. This time they were recorded in a studio and are a better quality and are all available for download.  Feel free to listen to the songs on the playlist on the right hand side of our blog and visit his www.reverbnation.com/aaronsantor page.  All these songs can be purchased through reverbnation, amazon, itunes, zune, etc.
Posted by Aaron and Jennifer Santor at 8:11 PM 1 comment: 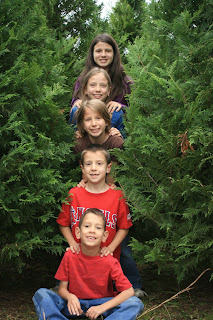 Quite a bit has gone on here in the last few months.  To start with Aaron transitioned over from being worship leader at Grace Fellowship for the last 12 years to being the pastor.  This past October our pastor and his family moved to Fargo, ND to start a church plant with 3 other families from our church.   Aaron is still doing his auto restoration job 4 days of the week and now working on sermon preparation 1 day a week (plus whatever extra time he can find mornings and nights).  It has been a pretty smooth transition and once again God has given us grace for this season in life. 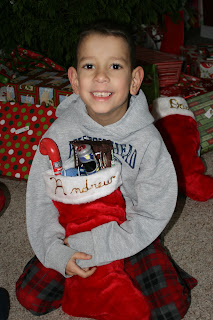 Jen and the kids took 2 weeks off from school for Christmas.  It was so fun watching Andrew as the holiday season kicked in.  He knows our traditions now and is so excited about each and every one of them.  He knew as soon as Thanksgiving was over we would go and find a Christmas tree and cut it down.  Once it was up he kept asking what night woud we be sleeping under the tree.

Andrew has made it over half way through Kindergarten and is learning to read.  He loves school so much.  He has a hard time with some concepts like above and below, but knows his numbers and can blend certain sounds together.  He also has a hard time memorizing sentences.  It seems like the hardest part is remembering articles and prepositions.  We're assuming this is a language barrier thing still.

His siblings memorize scripture nearly every day with their curriculum, so Andrew wanted to learn a verse too.  We didn't think it would go well with his inability to memorize sentences, but Jen decided to plunge in since he wanted to so bad.  It has only been 2 days now, but he is learning John 3:16 and doing an amazing job with it.  He is a determined little boy and if he wants to figure it out, he will. 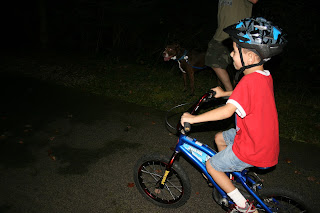 We do crazy things in our family like talk about when you will one day ride on the "magic" bike trail and learn to ride your bike without training wheels.  Andrew has been waiting for it to be his turn.   So, one day in September we took him to the bike trail, took off his training wheels and Aaron began the tough job of teaching him how to ride.  The wild thing is, it worked for the fifth time.  One way on the trail each kid has fallen down and cried and tried to ride and by the time we come back up the trail they are riding without falling and enjoying themselves.  Yet another big accomplishment for Andrew.

As we have stated in previous posts, we quickly realized after bringing Andrew home that we really missed out on so many foundational things during the first three years of his life.  For us the biggest concern was his inability to grasp the idea of who God or Jesus is.

We of course continued to train and teach him as we have done with the older children, but he has had a hard time dealing with the abstract.  As a parent, you just know when you child "gets it" and when the connection is just not being made.  So our only other option was to pray and ask God to break in as only He can do.

Two weeks ago while at church we had a communion service, followed by a fellowship lunch, followed by a family birthday party.  Andrew had spent most of the day playing with his siblings.  As we drove home that evening, unsolicited by anyone, Andrew spoke up from the back seat,"I drink the juice, I eat the bread, I talked to Jesus."  Interesting.

We responded,"What did Jesus say to you?" We weren't sure what to think, often times he is just goofing around.

"I asked Jesus into my heart." We were shocked. Where did this come from? He continued"that was my favorite part!"

We didn't know what to think. We're still not quite sure what happened, but we've(kids included) immediately noticed that there has been a sweetness about him that's different than before.  Also, in the past as we corrected him he would glance down at the floor in shame. No more. It's gone.

This past week he made this statement, "Jesus told me He took the sin out of my heart and that I should obey my parents."

Again we're not really sure what has happened, all we know is that God answers prayer, and we have nothing left to say except "Thank you!"
Posted by Aaron and Jennifer Santor at 8:04 PM 8 comments: 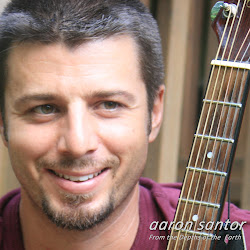